The 51st Anual CMA Awards shown on Abc TV saw many of the artists wearing black in commemoration of the lives lost in the mass killings in Las Vegas and Texas this year. Carrie Underwood gave a particularly heartfelt rendition of Softly and Gently gospel number.

America and country music was rocked last night by the news of yet another mass shooting the worst since 1991 and even more fatalities than in the Orlando shooting. So far we know that a 64 year old suspect who was later found dead on the 32nd floor of the adjacent Mandalay Bay Hotel was responsible for at the mass shooting of the crowd of country fans enjoying Jason Aldean at the last night of the Route 91Harvest.

Police found an arsenal of weapons in the shooter's room. Las Vegas has very easy going gun laws and the question of tighter gun control needs to be raised again and again.

Our hearts and prayers go out to the families of the victims of this latest attack.

We see that they had another festival over in England at the Newark Show Ground, the three day event put on by the boys at San Antone Country Venue attracted 90% home grown country musicians featuring original material.

The countdown is on for the 50th CMA Awards this year on November 28th 2016, so add it to your diary now, click the logo to be taken there now.

Part of our goal here at CountryEntertainer.com is to help spread the word about modern day country music to a wider audience. The audience includes place such as Europe which for years has had pockets of dedicated country fans dating back to the days of Jim Reeves. Now more than ever in a digital age the task of sharing country music around the world has become much easier.

Over the next few months we will look at various countries and profile their country music scene, first up will be the UK who host the ever popular C2C event each year, have magazine and internet radio stations dedicated to country fans.

We would like to pay our respects and celebrate the life of a beautiful soul called Joey Martin Feek who as we know was part of the duo Joey and Rory. They shot to fame in a tv talent contest. Her taste of success was short lived after being diagnosed with stage 4 cancer only a few months ago. You were an inspiration in the true values of love and life. 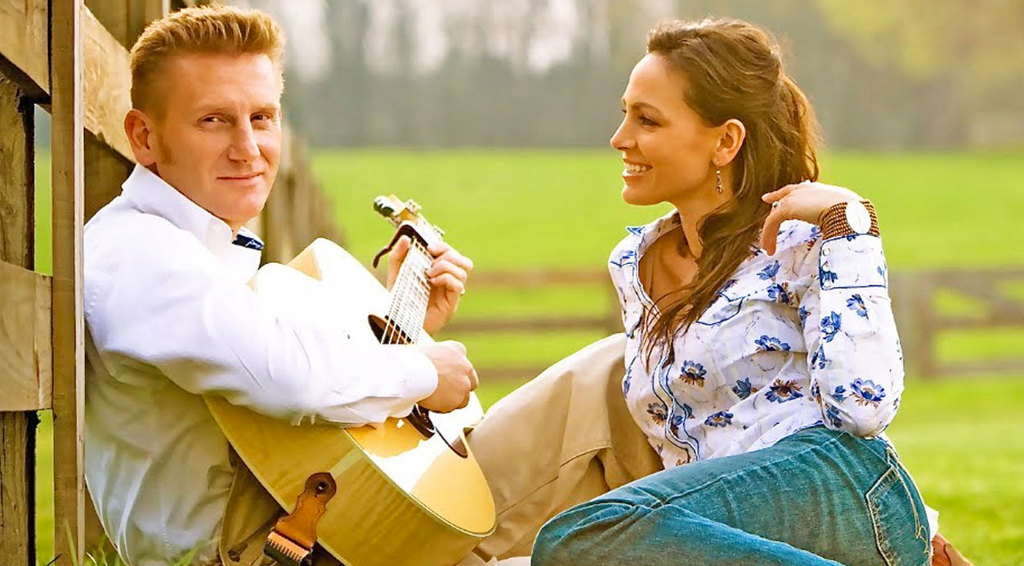 Well they continue to love Country Music in Europe with Thomas Rhett being played on main stream BBC Radio 2. It will soon be time for Europe's big country event with even bigger names this year. Miranda Lambert, Little Big Town, Carrie Underwood, Eric Church and Kacey Musgraves to name a few. 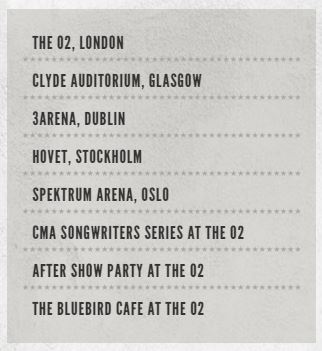 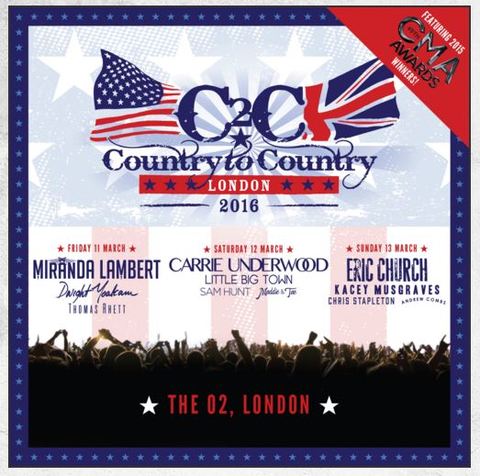 As we enter the Christmas holiday season, we hope that country music will be high on your shopping list. Now would be a good time to tell us about your gigs or favorite bar/club. Use CountryEntertainer.com to promote your country videos.

Remember that we reach all parts of the world and this site remains about you the fans and home town artists in every country.

Little Big Town makes history with 12 weeks as the # 1 played song with Girl Crush. This follows on from their other record breaking hit Pontoon. This beats the previous record by the Browns in 1959 with The Three Bells was at No. 1 for 10 weeks. 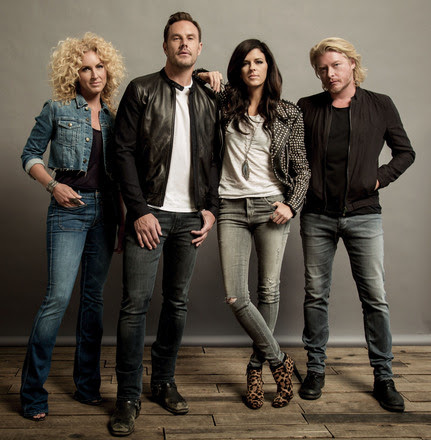 Well more and more of our US artists are making the the leap across the pond to Europe. Our very own Kacey Musgraves Grammy-winning American country music artist is about to be featured on the national UK radio station BBC Radio 2 in session.She will be featuring songs from her new album Pageant Material released June 23rd in the US. 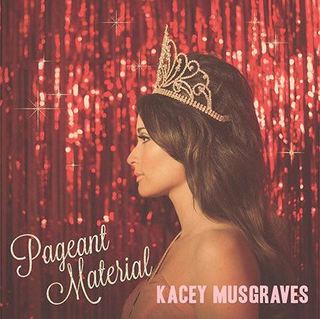 Get your Stetson on, we are all set for a country music revival in the UK this summer.  The Shires have become the first British country band to reach the top 10 in the album charts. Their album Brave was recorded in Nashville .  They are the first UK signing to the Decca Nashville label. Country music bands from the UK are appealing to an ever younger generation. Get set for a summer of UK country!!!

Country Entertainer would like to welcome Amanda our new European Editor. We met Amanda at the C2C Festival in London England. She has an infectious smile and great love of country music. Look out for news and stories for all our UK fans.We got ya covered now!

Finally made it over to C2C for what was an amazing line up. Brandy Clark is a lesser known name in europe but after an action packed weekend she is sure to be on every ones playlist. 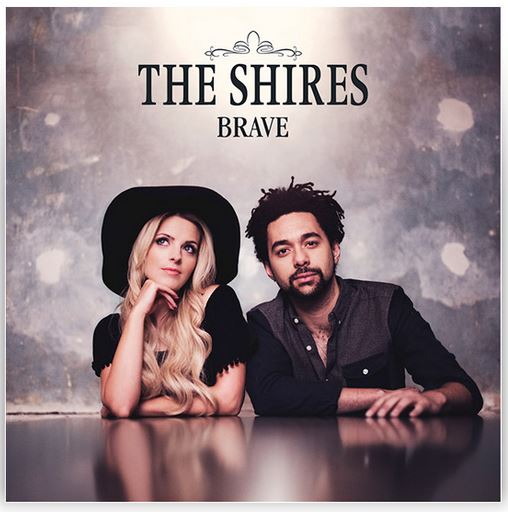 Jason Aldean, Kip Moore and Lady Antebellum gave europe a taste and what we have enjoyed for years. The Shires played a set and I have to say they are fantastic, look out Nashville those Brits are coming.

Brantley Gilbert showed England how we rock in the states performing to a sold out London audience at the O2 stadium.

Major country stars line up, all set for our European friends at Country2Country event at the O2 Arena.

This year the events will be in Ireland, UK, Norway and Sweden! Artists will include Lady Antebellum, Kip Moore, Jason Aldean, Lee Ann Womack, Florida Georgia Line, Brantley Gilbert and more! Europe you are in for a treat.

That amazing lady Dolly is back at #2 in the Album charts. The charts seem to move much slower now based on the new "Hot Country Songs" Billboard Chat. Tell us if you like it!

I'm a Country Music artist, how do I get my music on Spotify?

I'm an artist, how do I get my music on Spotify?

You don't need to be signed or have a record deal to get your music on Spotify. Having music from independent artists is important to us so we work with artist-aggregators to get their content uploaded. Click here for a full list of artist-aggregators.

Please visit our Labels page. We're integrated with delivery platforms such as FUGA and Consolidated Independent - deliveries via these platforms will help get content on Spotify sooner.

Is your music on a label/aggregator already but not on Spotify?

Usually this means that your music will automatically be available on Spotify. To be on the safe side, check with your label or aggregator.

If they have delivered it to Spotify, your music is probably in an upload queue. It can take 4-6 weeks to get your music on Spotify. 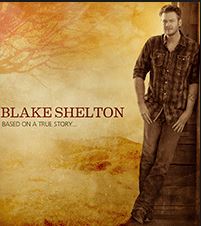 Not much change in the Hot Country charts so far this year, seems like the music industry is changing and some of the excitement has gone out of the new chart format. One thing is for sure though, Blake Shelton is never far away :)

So we have to ask ourselves will artists every sell singles again? As unlimited download subscriptions from Spotify and Rdio become available to stream and play offline, why would anyone buy singles or albums any more? The digital age is upon us, Napster shook the world first then itunes and now Spotify type         apps seem to be taking a grip of the music industry.

Garth Brooks once sold a million albums in one week but will it ever happen again? 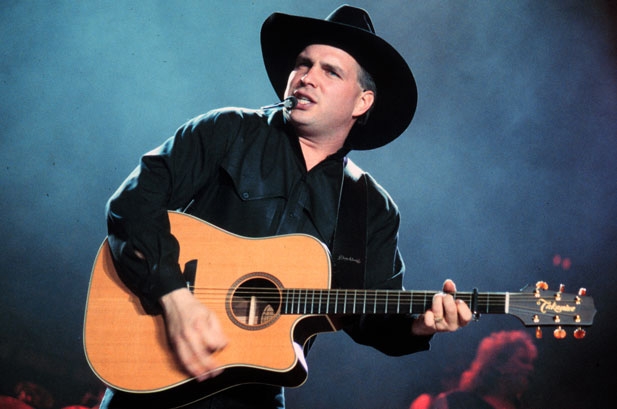 We hope this network will become the #1 International community for everybody who loves and produces country music, be it a bar in Texas, a pub in Germany, Ireland, Australia or England.

Whether you are a Singer, Songwriter, Band, Venue, Producer, Record Label, Tour Manager or fan of Country Music we want you to create a profile here. Feel free to interact with other members. Buy a Stetson from Shop Country, browse our groups to find live music venues near you.

We are sure Country Entertainer.com will grow and grow.

Be seen and part of your own social network community of Country Music around the world. 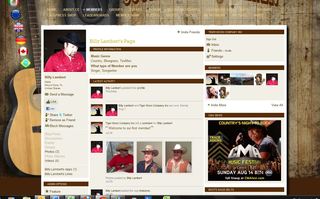 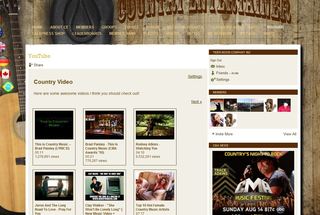