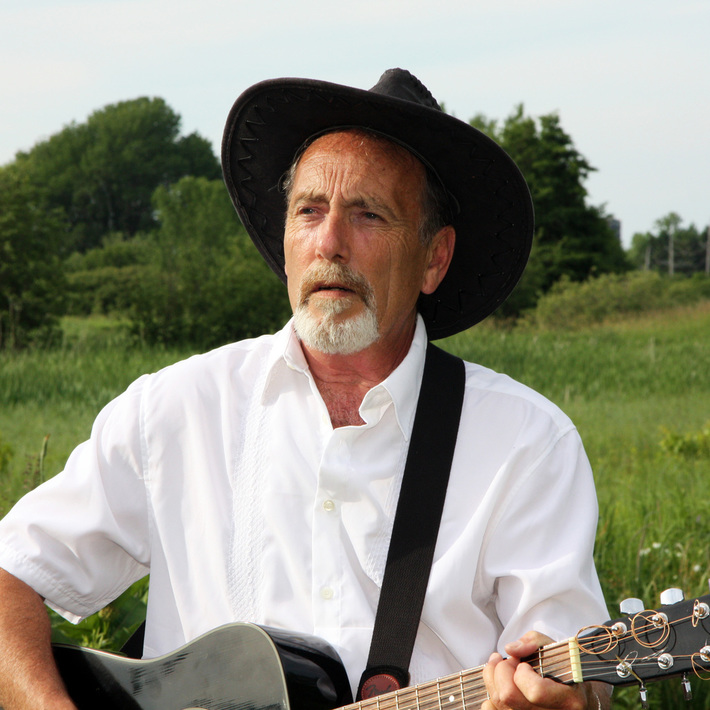 Don Murdock has not received any gifts yet

What type of Member are you
Singer, Songwriter, Musician

Don has been around for awhile. He first starting

playing guitar as a young teen and played a lot in

his twenties, mostly playing the old favorites. All

the time Don was wanting to expand his musical

repetoire and learn some new tunes. The past few

years have seen Don dive back into his guitar

playing with a passion. In fact 10 years ago he

helped form a band and together they played

many charity gigs and fundrasiers. All the time

though, Don wanted to write music and create his

own unique sound. One of the first tunes Don

wrote was a song titled Highway of Hero's. He

wrote it to honor the memory of his Mother, who

lost a brother in WW2 at the young age of 18

years. The idea came to Don one night while

coming home from standing on an over pass on a

part of the 401 highway called The Highway of

Heroes. This part of the highway had been

renamed to honor soldiers who were being

repatriated after giving all in service of their

Since then Don has continued to write and has just

Your Eyes and the Train Song will be included on

an upcoming EP, which Don is currently recording.

and integrity. His music is certain to resonate with

those who appreciate “real” country music.

both shipped to over 2000 radio stations & DJ's

in 26 countries. The response to both songs has been

nothing short of exceptional. Don is looking forward

along with a number of radio singles.

How is everything with you, I picked interest on you after going through your short profile and deemed it necessary to write you immediately. I have something very vital to disclose to you,but I found it difficult to express myself here, since it's a public site.Could you please get back to me on ( josephmclaughlin500@gmail.com ) for the full details.Have a nice day
Thanks God bless.