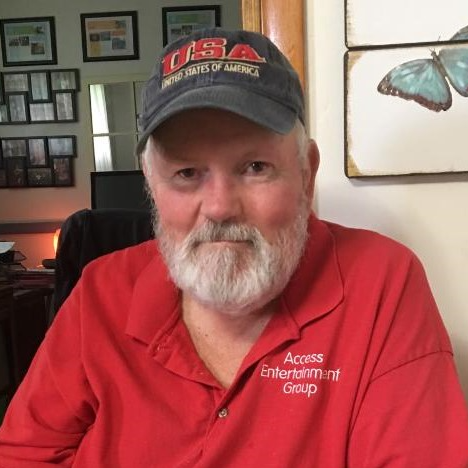 James P Bruce has not received any gifts yet

What type of Member are you
Producer, Manager, Agent, Record Label

Todd Berry was born and raised in Muncie Indiana. Todd born legally blind but not once has it held him back from the first and the last thing on his mind ---music. Todd has been singing since the age of nine, has successfully made a living doing what he loves –--- singing and performing.

Todd has been influenced by several artists including Elvis Presley, Garth Brooks, Metallica, Big & Rich, Huey Lewis, Lynard Skynard and more. Todd also writes and produces original music of his and other artists.

Todd Berry is a professional singer that has provided entertainment

for clubs and venues throughout the United States, Todd performs a
wide variety of music ranging from 50s & 60s Classic Rock, Country,

and Gospel as well as his own original music.